I am a primarily self-taught, self motivated, and life-long programmer living in the San Francisco Bay Area. I’ve been playing with computers nearly since I was born, and making or modifying video games since I was 9 years old. Currently I work for EC Internet where I architect & build e-commerce websites delivering millions of products per year.

At EC Internet I serve as a full-time in-office contractor. My responsibilities vary greatly day to day, and I may be assigned to 10 different projects at a given time. I work directly with clients on projects of varying sizes. Some of my accomplishments here at EC Internet are:
Visit Company Website
Jun 2013 Nov 2011 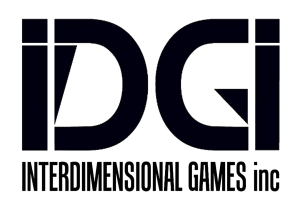 Released Products:CONSORTIUM for PCAt IDGI, I was responsible for building a portfolio of shaders and modifications to the Source Engine in order to create a toon-like art style for the game Consortium. During my time here I implemented:

Here I served as the head & sole programmer on an international group of eighteen talented developers. We worked together for years on a non-profit game for Valve's Source Engine, which would later go on to be one of ModDB's Top 5 upcoming mods for the year 2011. My responsibilities on this project changed constantly, but some of my achievements include:

I started taking courses at College of Marin during my first year of middle school at the age of 12, and continued until my senior year of High School. Some of the courses I took during my time at COM were:
2005 I decided to start working on more advanced games, choosing Valve Software's Source Engine SDK to use as a starting point. I created various mods for Valve titles and released Sourcemods, started my own Sourcemod project, and began learning C++ and Lua.
2002 I began to focus more on software than hardware. I quickly discover the wonderful world of emulators, and begin making my first games: Pokemon ROM hacks. Here I got my first taste of assembly code and sprite editing.
1995 Around the time I learned to talk, I started helping my dad with his side job of selling custom built computers to people. Mainly, I showed people that computers were easy enough for a baby to use: "Boot dad, boot!" I spent much of my adolescence helping my dad build and setup computers, at least when I wasn't at school or playing Timon and Pumbaa games on the family computer.
1993 Hello World!